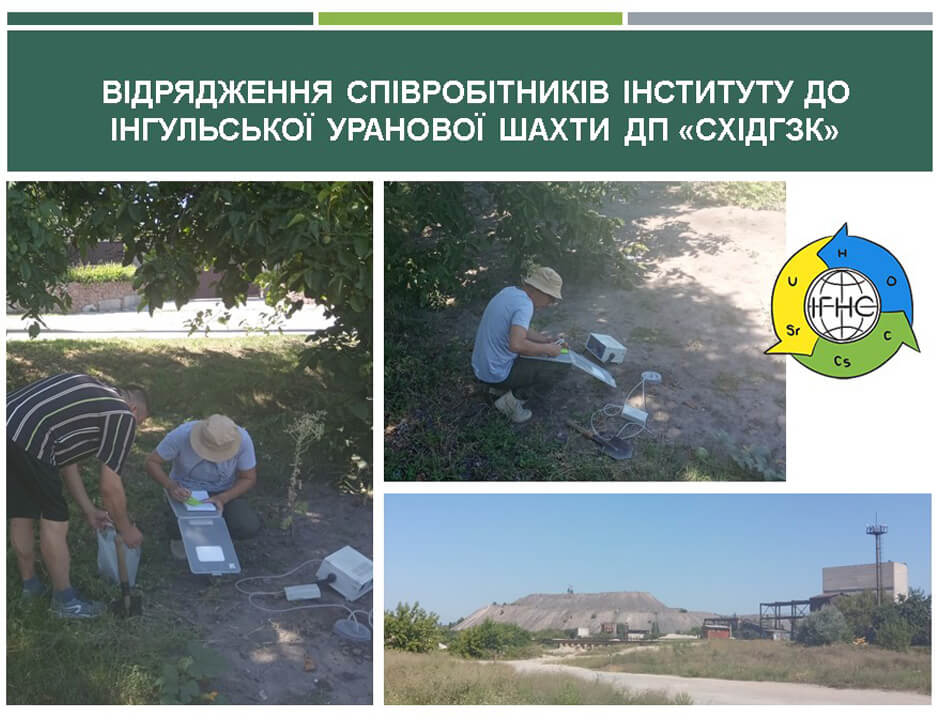 In the summer of 2021, employees of IGNS NAS of Ukraine were sent to the Ingul uranium mine of the State Enterprise “Eastern Mining and Processing Plant” (SE “VostokGOK”).

The purpose of the trip was to conduct a series of radiometric measurements, geochemical, geoecological studies and water and soil sampling on the territory of Ingul uranium mine SE “VostokGOK” and to prepare for public discussions of reports on environmental impact assessment of planned activities on Sursky and Novogurivsky uranium. 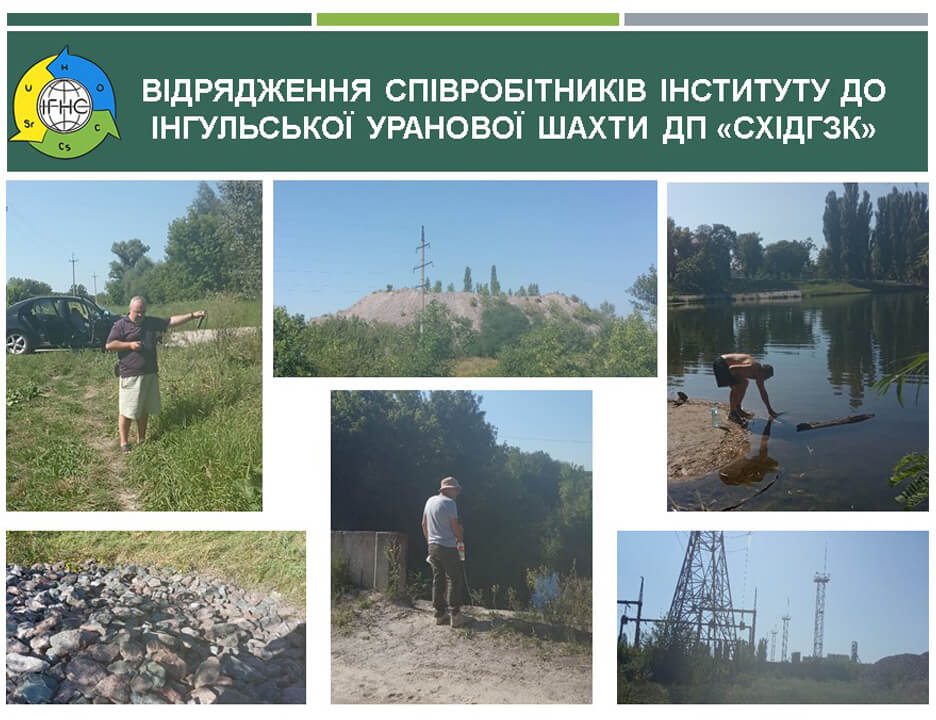 Ingul mine is the largest of uranium mines in Ukraine. Located in the village. Neopalimivka at a distance of 8 km in the south-eastern direction from Kropyvnytskyi. Ore deposits are mined at depths of 160 to 420 meters. Production capacity – 470 thousand tons. ore per year. Along with the traditional mining technology of uranium mining at the mine, the method of underground block leaching was used. The Eastern Mining and Processing Plant is one of the 28 uranium mining centers in the world, among which it is in the top ten and is also the largest in Europe.

Eastern Mining and Processing Plant is the only enterprise in Ukraine that provides natural uranium mining and production of its oxide concentrate. The plant is a member of the World Nuclear Association (WNA). ( According to the site https://vostgok.com.ua/ )