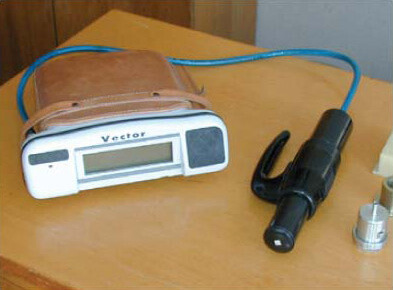 The multifunctional portable station of radiological control and monitoring “VECTOR” is intended for search, definition of localization and express identification of radioactive and nuclear materials.

The station provides an opportunity:

The station is an element of the radiation reconnaissance subsystem and can be used:

The station was operated for 7 years in areas of severe and weak radioactive contamination of the Chernobyl NPP and at the Semipalatinsk test site (Russia), was used for radiation reconnaissance in Yugoslavia (Kosovo), as well as in various radiation accidents.