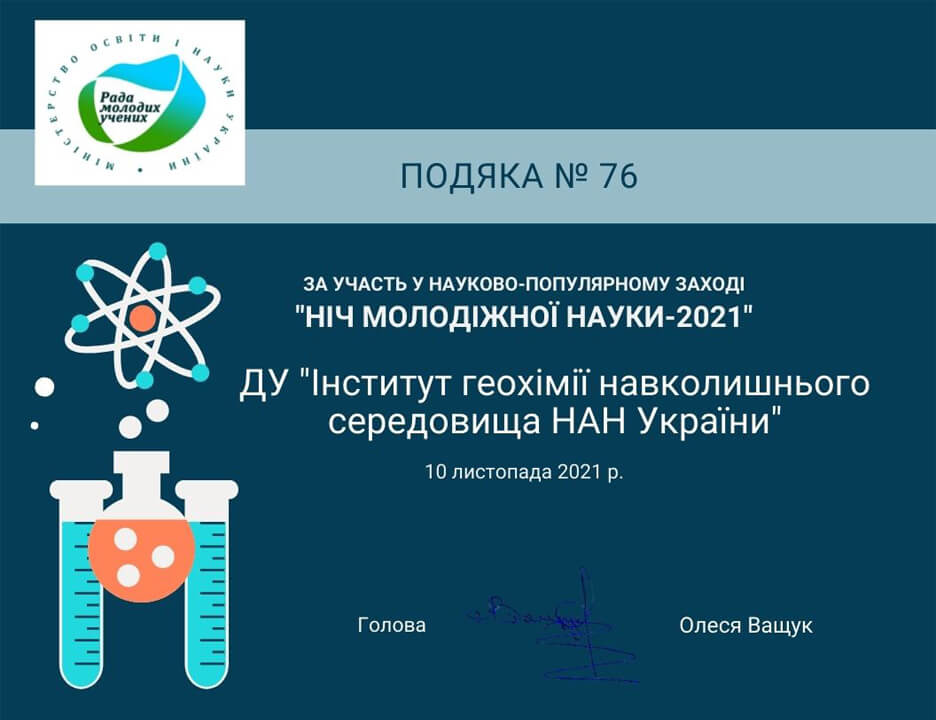 The organizers of the event “Night of Youth Science-2021” received a letter of thanks for the Council of Young Scientists of IGNS NAS of Ukraine.